Former Manchester United defender Phil Neville who now coaches the England National Women’s Team believes that the Lionesses should be allowed to play more competitive games in order to gain more experience and in more competitions. 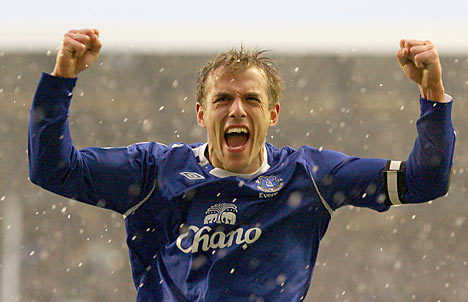 The last time the women’s team played a competitive game was earlier this year in March, in the SheBelieves Cup. The next time they were supposed to play again was in November, but in friendly games against Germany and Norway just some weeks before. Both of which were eventually canceled because of the coronavirus pandemic.

Neville hails the fact that England has been getting get-togethers recently, saying that it helps build the team spirit and facilitates the bond and togetherness the team-mates share. He however reiterated that the women’s team needs to be given fixture schedules so they can resume playing international matches.

The times the England team has met up includes a training camp that was organized easier in September, a training which included several matches within the squad, including some eleven versus eleven face-offs.

Another get-together was organized at Stoke City’s stadium, the bet365 Stadium, where they also shared the pitch holding another set of matches within the team.

The boss says he and the team have tried to put on a positive attitude and have decided to remain calm about the situation, citing that they are lucky enough to still have access to training camps and that they are allowed to go to different stadiums so they can hold those sessions.

He however admitted that it has been a frustrating period and that even his players are clamoring on being allowed to play competitive games so they can get themselves tested against tough opposition.